Women’s Voices in Business: Strategies for Dealing With 3 Common Issues

This week, I attended a conference for women presented by one of my corporate clients. There was a lot of discussion around Sheryl Sandberg’s book, Lean In, of course, and lots of tips on how to do that. Naturally, I didn’t think there was nearly enough said about the effect that a woman’s voice has on her career. So in honor of International Women’s Day, March 8, here are strategies to address 3 questions that women often ask me about communicating in business.

People say my voice is too high. What can I do about that?

First of all, a woman’s voice is high because of the size of the larynx. In fact, although there is only an 8-9% difference in the average heights of male and female adults, there is a 50-60% difference in the size of the larynx.  A small larynx makes a higher sound, and that is just the way it is. However, it’s possible for both males and females to make sounds that are much higher than the average speaker, especially when they are agitated or using a lot of effort to speak loudly. If you find that you have to yell a lot to be heard or if your voice is naturally softer than others in the room,  some strategies to help you are:

Another reason a voice can be too high or too low (which is very hard on the cords) is an uneven approximation of the cords or lack of proper resonance. This has nothing to do with gender. If a voice is healthy and the vocal folds are coming together (approximating) cleanly and evenly, it’s not likely that the pitch will rise too high or too low or sound whiny or shrill, which are common complaints that women tell me they’ve heard. To get a good clean approximation, you need a lot of mask resonance in your sound rather than head or chest resonance. Mask resonance is that buzzy feeling you get around your nose and upper lip when you say “Mmm-hmm.” You can find more on developing and using mask resonance here.

When I suggest an idea, it’s ignored. But more often than not, the same idea is posed by a man after I’ve already said it, and then everyone thinks it’s a good idea. Why?

Without being in the room, I can only guess about this one.  However, the reason people don’t have an impact on their ideas is often because they don’t sound sure of themselves. It could be the tone of voice or the choice of words that keeps us from being taken seriously.  Three areas to consider are these:

Another place to consider in your communication is the organization and presentation of your ideas.  The president of BP Alaska, Janet Weiss, says, “When I talk to women who ask about how to break through glass ceilings, I suggest to them to be really clear and concise with their communications, to get to the point and try and connect that point with risk and value.” (from BP’s in-house magazine, December 2013.)

I have a strong voice and strong opinions. How can I keep from sounding like a bitch?

You can’t. Or at least, for some, you will sound like a bitch no matter what you do. And, no, it’s not fair that aggressive men may be seen as successful, and aggressive women are often seen as bitches. There ARE things you can do to soften your remarks with indirect language or a different tone of voice; in other words, you can do the opposite of what I suggested in response to the question about your ideas being heard above, and frankly, that’s what women have been doing for years. There are ways of being more “polite,” and if this topic wasn’t so loaded with gender bias issues there may even be a place to discuss this approach for both men and women.  But enough of being victims –  the best strategy here is to work with the people in your organization to help them to accept you and everyone else as you are, whether loud and strong or soft and meek.  Pull the diversity card.  Challenge people to be more open to anyone who seems different and to see you as a person rather than a gender. You could even join the Ban Bossy movement.  (What do you think of it?) If we want to see changes, we have to be advocates for changing ourselves. So be strong and use your voice to speak up for yourself and for those who can’t or won’t. 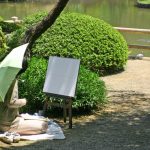 To Find Your Voice You Have To Use ItVocal Image

Help for Tired Voices: The 5 Habits of a Healthy VoicePresence, Vocal Health