How to Kick the Habit of Too Many Filler Words…and Why You Must! 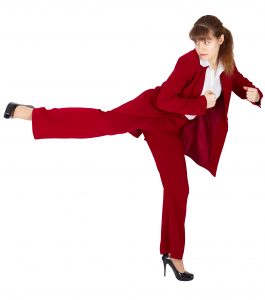 So, I’m going to pick on the word “so.” So, it’s so common at the beginning of sentences that it doesn’t mean anything anymore. In fact, “so” appeared on the annual Lake Superior State University list of banished words as long ago as 1999. So, blogger Terry Odell writes of a software for authors called Autocrat that analyzes your writing. So, this software recommends NO use of the word “so” … at all!

I am not alone in this opinion (and perhaps grammar teachers would say, “Of course!”) Sebastian Wernicke gave a TED talk that analyzed the difference between good TED talks and bad. In his talk, he showed a list of words that appeared in each. The number one word that appeared in bad TED talks (and is, therefore, a word to avoid) is “So.”

“So” isn’t the only overused word. In February 2004, the Wall Street Journal printed an article on “The Campaign Against ‘Like’.”

The point here is that many people begin every sentence with a transition word, otherwise called conjunction. Others are “but,” “and,” “well” and the non-conjunction yet overused sound, “uh.” Although the overuse of these particular transition words is distracting and even annoying, the problem is that most are coordinating conjunctions, a specific type of word that joins words or phrases of similar importance together. This means that when we hear “so” before every sentence, we expect that everything we hear is of equal importance. Our minds keep adding ideas or sentences together for meaning until we can’t follow anymore. There is simply too much information to compute. 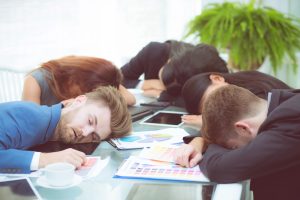 This is exacerbated by another common occurrence, which is the overuse of open-ended cadence: ending a sentence with an open, questioning sound. To follow someone else’s thoughts, we listen for cues in their speech. Besides language, we listen for punctuation and emotion. When those elements are missing, it’s too much data and not enough information. Using “so” to connect every thought and ending each one with an open cadence is akin to reading a long string of words with no punctuation. Eventually, the listener gives up on trying to understand, or falls asleep from boredom!

Are you still with me? Hopefully, I’ve convinced you that it is to your advantage to get control of your transitions. Read on for some suggestions to do this.

How to eliminate the over-use of “so” and other habitual transition words:

A study published by MIT at the Sloane School of Business revealed that the old power words we think will get approval for a proposal do not seem to be as effective as a simple, yet a common word that shows agreement. That word is “Yeah.”  Placement of this word makes a difference, too. It is most often associated with agreement when used at the beginning of a sentence as a transition from one person’s suggestion or comment into your own. For example, “Yeah, we could do that.” I suggest you try it when you start to speak or when you move on to a new idea of your own, much as you do when you use “so.” And there you have it,  the perfect replacement for “so.” Yeah!

Any cookies that may not be particularly necessary for the website to function and is used specifically to collect user personal data via analytics, ads, other embedded contents are termed as non-necessary cookies. It is mandatory to procure user consent prior to running these cookies on your website.

How to Create a Voice with “Executive Presence”Presence