Pitch not Perfect? How Women’s Voices Have Gotten a Bad Rap

It’s not your grandmother’s voice any more. Sure, women’s voices are still higher than men’s — typically ranging in pitch from 165 to 255 hertz, compared to 85 to 180 hertz for men — a difference that’s largely influenced by hormones and the size of the larynx. 1 But something has changed: In Western countries, including the U.S., women’s voices on average dropped 23 hertz over five decades. 2 What’s going on here? It’s not entirely clear, but a changing power dynamic between men and women may have something to do with it.

Why women have altered their voices

To shed light on this development, researchers over the past several years have investigated the potential benefits of pitch lowering, whether done consciously or unconsciously. For example, Piotr Sorokowski, PhD, and fellow researchers examined whether men and women were more likely to change the pitch of their voices in a professional context. When asked to give an expert opinion compared to simply providing directions, both men and women lowered their pitches — but women lowered their mean pitch more than men. Foreign-speaking listeners rated the lowered voices as more competent and authoritative. 3

In a study similarly testing responses to professional guidance, researchers recorded participants ranking items astronauts would need to survive a disaster on the moon. Most lowered their pitch, which later predicted a higher, more dominant ranking within the group. Those who raised their pitch were ranked lower and rated as more submissive. 4 Researcher Casey Klofstad, PhD, also finds that men and women perceive strength, competence, and trustworthiness in leaders with lower-pitched voices. 5 Pitch may even swing elections, with male and female genders preferring candidates — whether men or women — with lower voices. However, this preference is stronger among women voters — perhaps because men tend to find higher-pitched voices more attractive. In an observational study of all 435 U.S. House elections in 2012, researchers found that candidates with a lower voice were 13 percent more likely to win office. (Interestingly, in this same study the pitch advantage reversed when a male candidate ran against a female candidate. In other words, lower-pitched men had an electoral advantage when running against another man, but an electoral disadvantage when running against a woman.) 1

So what’s the catch with lowering your voice? For women, there’s a bit of a catch-22. One challenge is that responses to women’s voices can be contradictory: Lower pitches are seen as more dominant, while higher pitches are generally considered more attractive. This may have evolutionary origins, given that hormonal changes cause a woman’s pitch to rise during the most fertile time in her cycle. 1 Another challenge? Manipulating one’s voice may hurt female speakers’ credibility and trust — not to mention risking hoarseness or vocal fatigue. This may be especially true of vocal fry, a creaky form of linguistic lowering that is most often associated with young women, even though people of a variety of genders and ages use it. The negative perceptions of vocal fry are also greater for women than men, which may lessen young women’s success in the job market. 6

Men’s pitch advantage is not limited to physiology. It turns out there’s a long history of technological bias that may have put a thumb on the scale — whether intentional or not.

Creating a sound-engineering model with the standard male physiology mainly in mind, early broadcasters and equipment manufacturers capped signals at 3,400 hertz. This effectively cut out higher frequency components needed to perceive certain consonants, making it harder to understand women’s voices. Because the technology wasn’t designed for the range of women’s voices, it also produced more distortion and noise. Adding insult to proverbial injury, engineers tended to turn up the volume for women’s “softer voices,” making them sound harsher or shrill. 7 Today, broadcast and voice technology has improved greatly, but it hasn’t fully addressed the needs of women’s voices. Of course this has the potential to impact a wide range of women, including women in media or women running for political office.

Pleasing and powerful at any pitch

Feeling discouraged? Despite the challenges, it may help to remember this: Because of its richness, a healthy, well-trained voice is more pleasing and powerful at any pitch. One key to this is mask resonance — a forward placement of sound that you can form by combining the bright, edginess of nasal resonance with mouth resonance. This gives clarity and projection to your voice.

Guest blogger, Annie Stuart is a freelance writer and editor with more than 30 years of experience. She’s written, edited, or project managed hundreds of mostly health-related brochures, book chapters, and articles for magazines, newsletters, and web sites. Her clients have ranged from WebMD, PositScience, and Stanford University to the American Cancer Society and the American Academy of Ophthalmology. A lifelong singer, Annie is excited about learning more about how to improve both her speaking and singing voice. 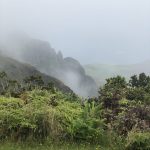