How Green is Your Voice? Take the Test 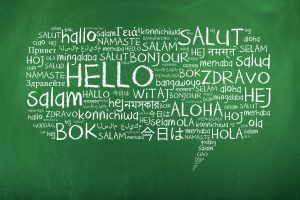 To my knowledge, when world leaders met to discuss climate change, they did not discuss the ways in which speakers and singers waste physical energy. However, many speakers and singers do just that, with detriment to their talk or song and, ultimately, their message. But how do you know if you are wasting energy, why does it matter, and what can you do about it?  This post will explore the area of energy efficiency and your voice and also offer a test for you to find your vocal carbon footprint.

What is your vocal carbon footprint?

The other day I watched a new client give a talk.  He had tremendous presence and an intensity that was almost overwhelming at times.  And yet, I was distracted by his nervous fidgeting, repetitive movements, and pacing.

What’s happening here is energy that could be used in the voice and therefore in his message is getting gobbled up by body movements, many of which have no relation to what he is trying to say.  The result is lots of funny stuff going on in the body and a weak delivery.

If we could look at his vocal “carbon footprint,” we would see that there is energy leaking out from him all over the stage, and far less than expected going out to the audience.

I thought to myself, “How much more power would he have if he harnessed all that energy and let it move through his voice?” I have a test for this, and after he spoke, we tried it.  You can try this, too:

For my client, we noticed that his voice became much stronger when he was still. He also noticed that he gradually felt calmer and more centered and he could actually feel the energy moving into his throat, voice and then out into the room.

And let’s be honest– he also felt a little odd.  But as a listener/observer I definitely felt a stronger presence emanating from him.

We can learn a lot from the study of focus that has been done in athletics and yoga. In his seminal book, Light on Yoga, BKS Iyengar likened a need for focus to the need for

“transformers, conductors, fuses, switches and insulated wires to carry the power to its destination”

Another way of looking at efficiency is to see it as minimizing effort in order to be more effective. Super Athlete Chris Kostman, founder of AdventureCorps and cycling advisor to the LA Marathon talked about energy efficiency for athletes in an article he wrote for Endurance Magazine in 2009. He said, “The bottom line is, the efficient athlete finds ways…to make as little effort as possible and, when it is made, makes that effort as effective as possible.” And that’s the job of a speaker or singer as well.

How do you create vocal energy efficiency?

In order to harness the power of your physical energy, you could just stop wiggling and pacing. But sometimes it’s necessary to put barriers around the energy so that it can’t escape out your fingers and toes. I put up a barrier when I held my client’s shoulders. Other barriers include standing against a wall, or planting your feet and holding your arms tightly against your body while you speak or sing. It will take from 21 to as many as 254 days before you will be able to create the habit of effective vocal effort with more efficient use of energy but it will be worth the time and focus you spend to learn this.

How about your vocal carbon footprint?  What barriers can you erect to focus your energy and how can you be more energy efficient? Watch other speakers and performers that you admire. What can you learn from them about energy efficiency?

Want to Find Your Voice as a Speaker? You May Need Some ‘Tough Love’!Presence