Vocal Space: Can I Please Hear You “Wow” Me?

One of the most common vocal habits that we hear in business presentations is people dropping the volume of their last words to an almost inaudible level. I am quite sure the habit is a result of people being hunched over their computers all day, speaking into headsets rather than across a room. Headset mics pick up sounds well for intimate conversations, and speakers get used to that.

However, dropping words at the ends of sentences produces a vocal image lacking in energy and clarity. Important words can be lost, and perhaps most importantly, because the speech pattern is “practiced” over and over throughout the day, it carries over to presentations for larger audiences. In other words, it becomes a habit.

When speakers need to be heard by many more in a much larger space, the space of the room also demands space in the voice. Slower pace, pausing, elongating vowel sounds, and cranking up the volume are vocal characteristics that create space. Rather than save the vocal space for special presentations, we recommend using it all the time. Just as the word “WOW” conjures up images of big things, the vocal space used to create it also creates an image of someone who is in charge, who has important things to say. It is also the sound of someone who is not concerned that they will be interrupted. They command the conversation.

You can “wow “them all if you practice creating vocal space. One way to do this is to emphasize the vowel sounds in your words, particularly the last words in your sentences. Vowel sounds in English are voiced sounds. That is, the vocal folds vibrate and make audible vibrations when we say “I, E, A, O, and U.” Sounds such as “T” and “K” are unvoiced sounds, plosive sounds made with the tongue against the teeth or palate. Some sounds in English are both voiced and plosive, such as “D,” or “B.” If you try saying these sounds aloud, you will be able to tell the difference between a voiced and unvoiced sound. Now take the sentence below, and stretch out the vowel sounds, especially those in the very last word:

Say it several times until you really hear and feel the sounds. If you drop or swallow the last words in your sentences, practice creating vocal space by first, choosing a topic, then recording yourself speaking on that topic for 3 minutes. Play it back and listen. If you need more vocal space, practice pausing, elongating vowel sounds to the point that they sound silly and speaking more loudly. Exaggerate it all, and then pull it back to what feels more “normal” without losing the sense of vocal space. 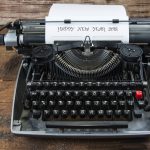 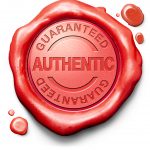